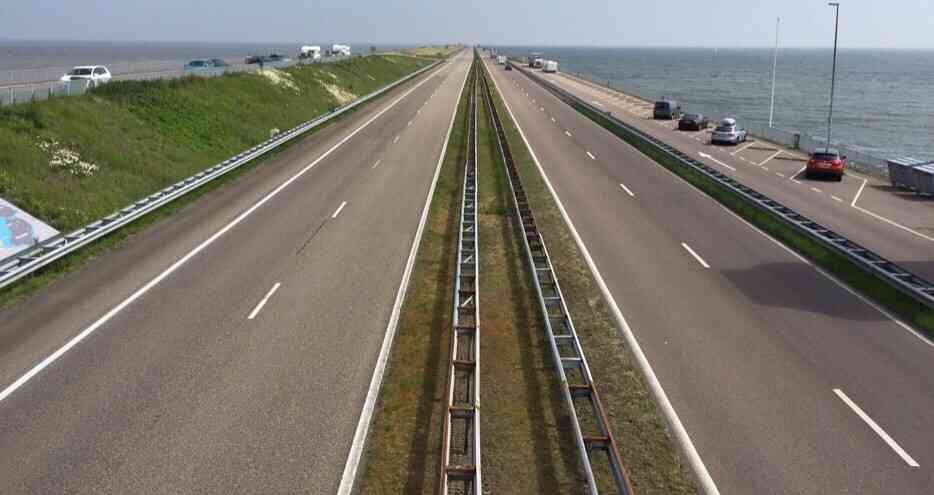 After literally minutes of planning I decided to head north through the wind tunnel that is also known as Holland. I’d just been reading about the Afsluitdijk and as it was on the way I made my way in that direction. The Afsluitdijk is a 32km man made dyke across the North Sea. As you travel along the dual carriageway there is nothing on either side except water and the occasional wakeboarder.

Weather has been much better, after a torrential shower this morning it soon dried up and reached a peak of 28°C for one brief moment this afternoon. Most of the time it was low 20’s.

Spent the night at a campsite on the banks of the Weser. No wifi, no electricity and NO BEER. Had to resort to my secret stash of red wine.

There’s a ferry here taking cars across the river so I might give that a go in the morning.