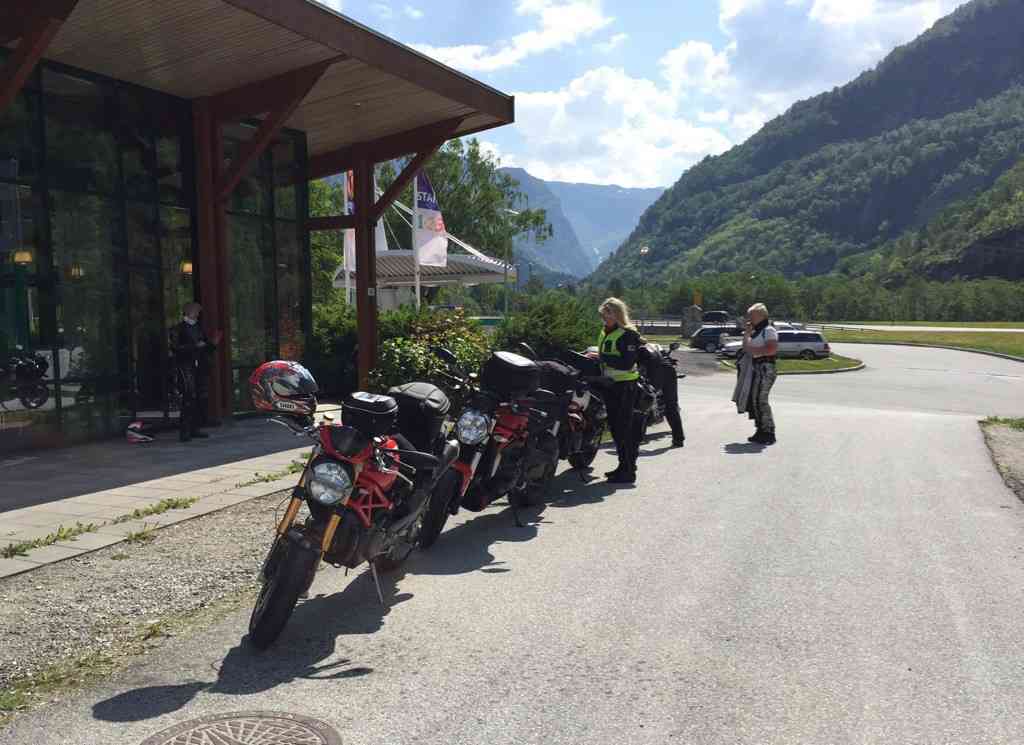 I was stopped at a petrol station having a coffee this morning when what looked like the Norwegian Girls Ducati Owners Club rode up. Or at least three of them and their friend on a Suzuki bandit. Unfortunately, the little Suzuki would not start.

So, we got talking and after eliminating any other obvious problems agreed that it was probably a flat battery. No one had any jump leads so it was decided to jump start. And I was asked to ride it while being pushed.

Check ignition on, kill switch off, in 2 gear and off we go. Didn’t take very long and the engine roared into life, I spun around to return triumphantly and dropped the clutch, stalling the engine! So I set off being pushed again, started up no problem, this time I kept the clutch in and the revs up before passing the bike back to the owner.