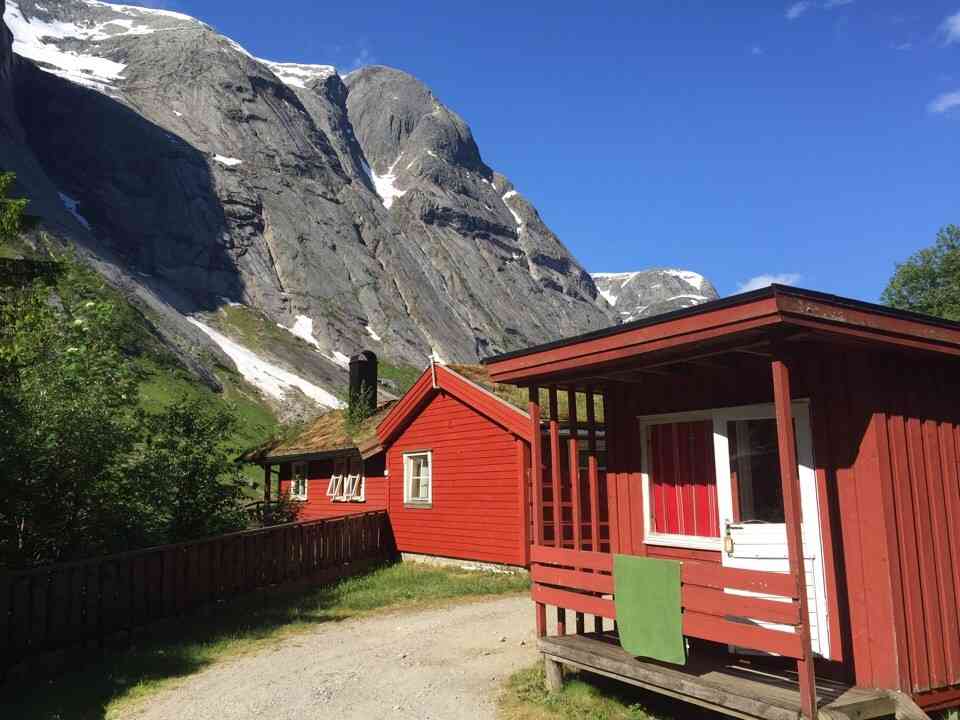 This was last nights accommodation, a small but in a place called Lunde. It’s surrounded by mountains on 3 sides and Lake Jølstra on the other. It’s also near the Jostedal Glacier.

The temperature today had dropped drastically, it was still 14°C or so and felt warm in the sun but there was an icy north wind blowing which made the air feel much cooler.

I followed the E39 north pass fiords, through tunnels and some fairly large towns. Regularly spaced along the banks of the fiords are small marinas or landing stages for boats and yachts of all sizes. The roads are great, winding and twisting through the pine forests, and there is not much traffic. The traffic there is consisting of camper vans and articulated lorries. 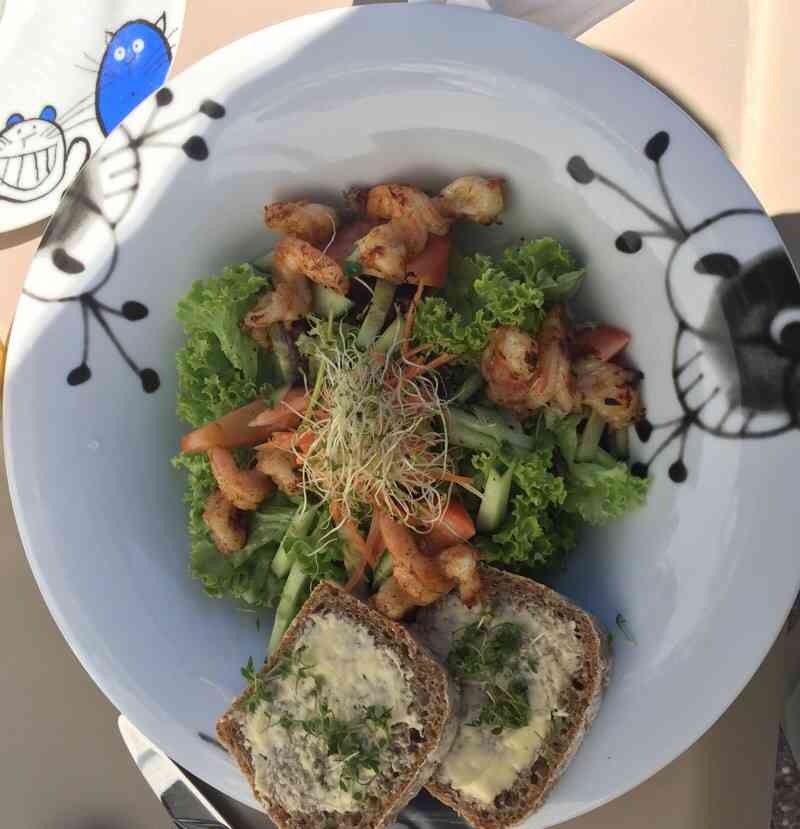 I decided to stop for lunch in Hornindal and ordered scampi on a bed of lettuce from a very upmarket looking cafe. As someone who just assumed that scampi swam around in breadcrumbs I was surprised that it came au naturel. Was the best tasting scampi I have ever had though. 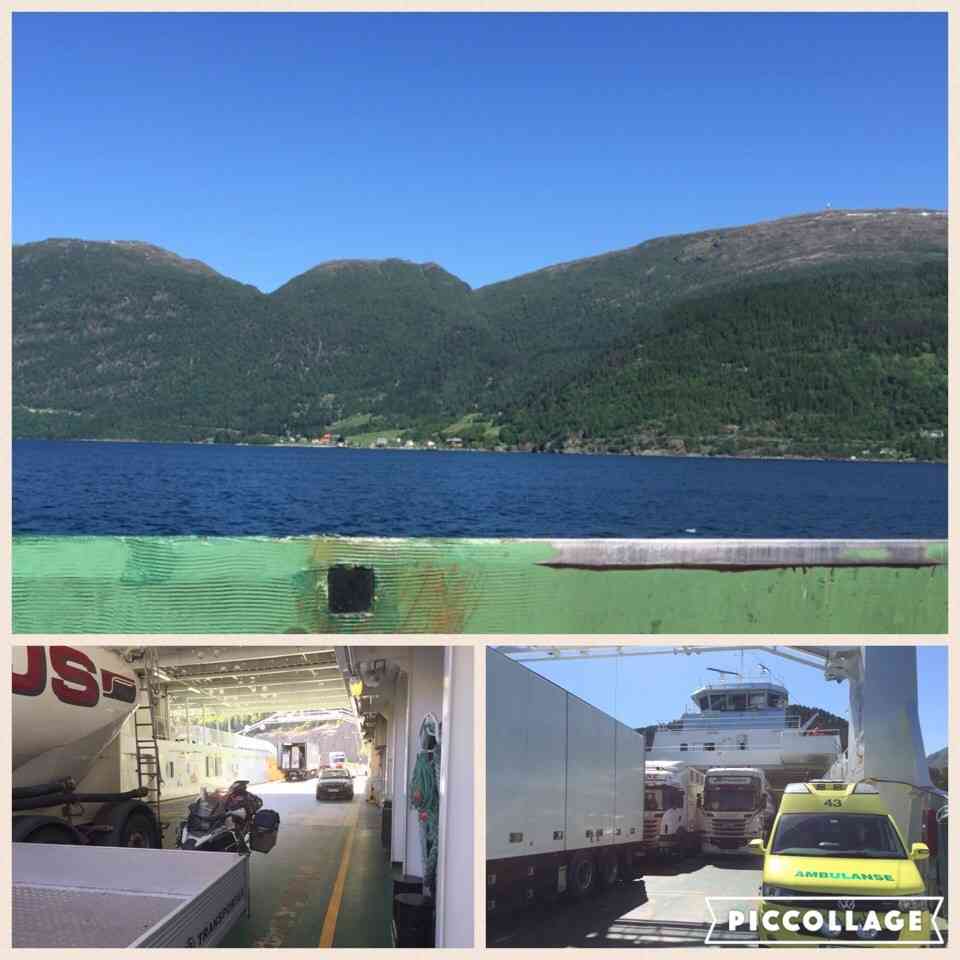 As I am now well into fiord country there are a lot of ferries, so far none have had more than a few minutes wait and cost more than £6-£7. Shortest crossing was 10 minutes and longest about 30. They are a god chance to take a break and have a coffee.

After 9 days and over 1700 miles on the road I have decided to take a day off. So I’ve booked 2 nights in a hotel in Aukra, a small island near Molde. It’s my first night in a proper hotel with a restaurant and bar!