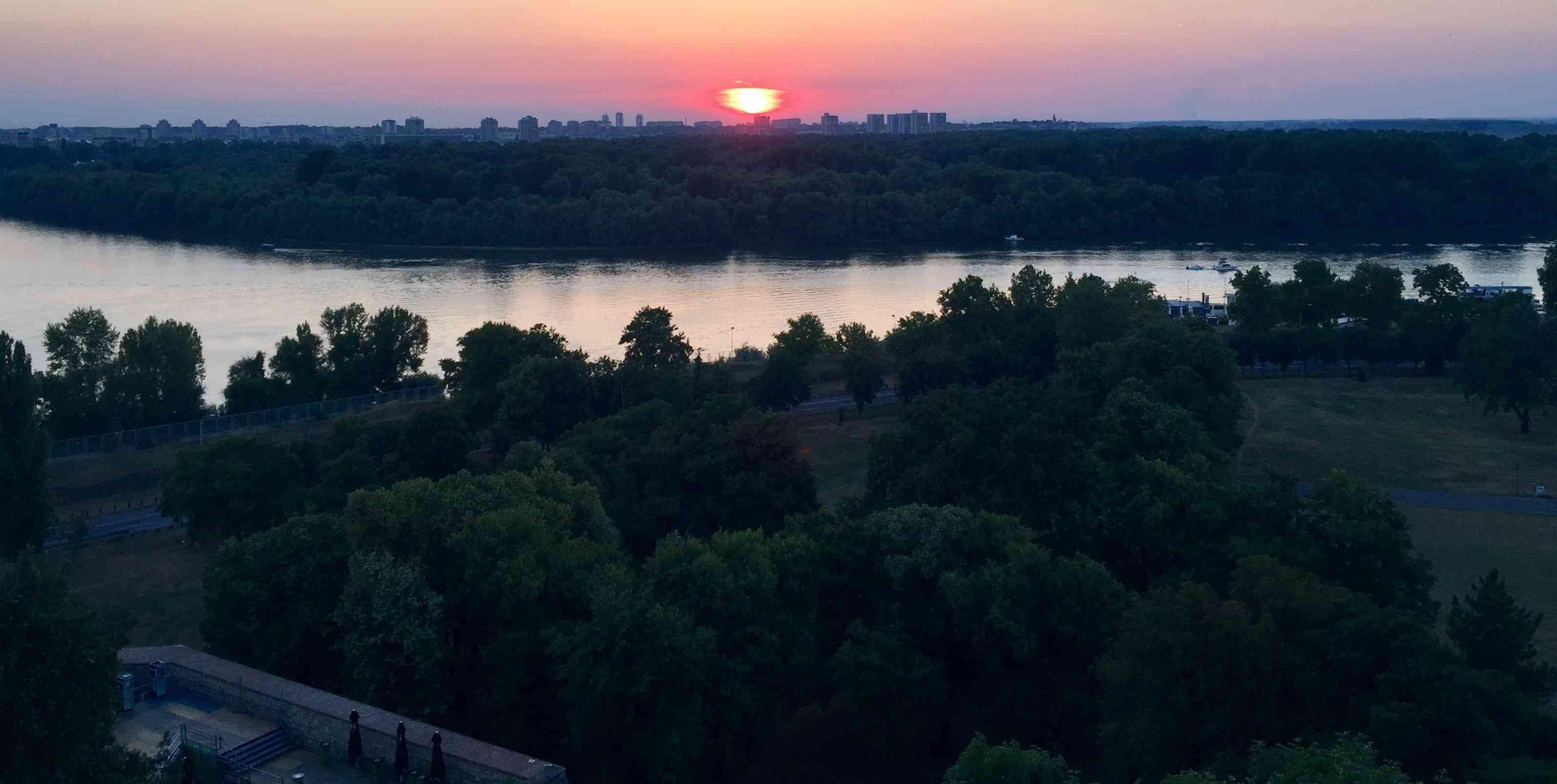 I left Baja early (ish) morning and headed south to meet Marko in Belgrade. According to the map it was only a three hour ride, but it was getting hotter and hotter which always slows things down a bit. Passing through the border was really easy, present passport, passport stamped, passport returned and away.

Apart from the border station there is nothing to indicate any change, the landscape is the same, flat and the roads are still straight and long. Still staying off the highways I pass alternating fields of wheat, sunflowers and maize with the occasional roadside water melon stand thrown in for variety.

I arrived at Marko’s flat at about 18:00, after taking a few wrong turnings through Belgrade. After a quick shower and a quick hello to the family it was time for a beer. We met up with a few people at a local micro brewery named Kompas Pivo (Compass Beer) where we talked and drank until midnight.

On Thursday I was invited to a cycle ride around Lake Ada in the centre of Belgrade by Marko’s uncle Miki and his daughter Angela. We cycled the 8km around the lake and then walked under the Ada Bridge which crosses the Sava river.

We had a quick planning meeting on the Friday evening where it was decided to leave Sunday morning and head south! So with planning over we drank more beer.

Saturday nights entertainment was provided by a local biker club. They were staging a rock concert a few kilometres outside Belgrade on the banks of the Danube. Before the concert Marco gave me a brief tour of Belgrade Fortress in Kalemegdan park. The fortress sits where the river Sava meets the Danube and is the largest tourist attraction in Belgrade.

After a coffee in Kalemegdan park we headed off for the concert. It was a typical headbangers event, a lot of the men had longer and better conditioned hair than the women and the music was loud. We saw three bands, Mortal Kombat, an all girls band that I don’t remember the name of and headliners the Orthodox Celts that sung traditional Celtic folk music. On arrival we could see lightning in the distance and the evening was interrupted a couple of times by heavy showers. By the time the Celts came on it seems the rain had affected the PA as their sound was cut completely a couple of times during the performance.