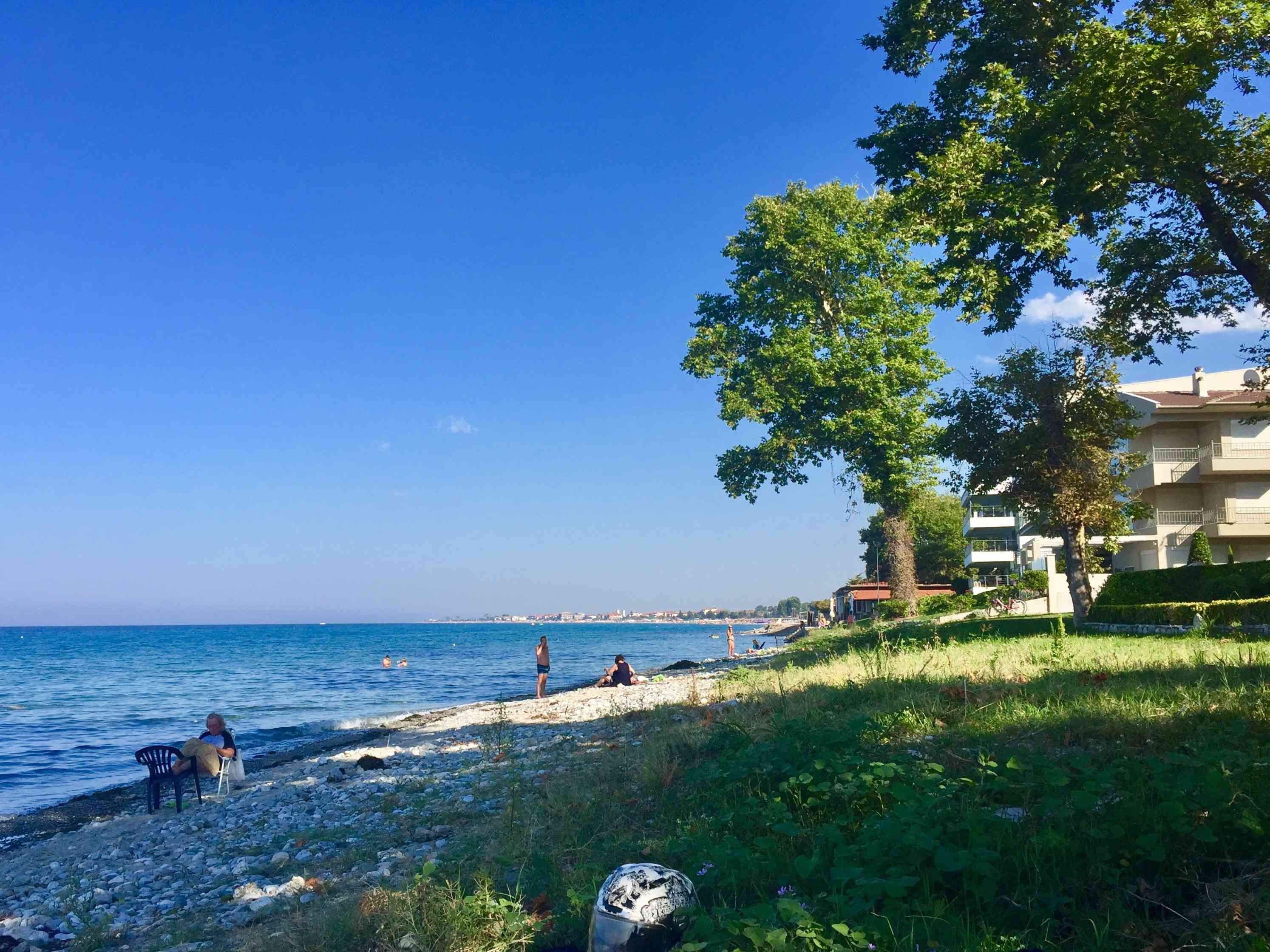 We were up before the sun this morning.

Packed up and ready to leave before 6:30am. How’s that for planning. Everything was going so smoothly, we were finally in Greece. Then we had a problem. We had just been through a toll gate on the E75, me, Marko and Čiča were up ahead when we noticed Milos was missing. So we pulled into a nearby rest stop to wait, and waited and nothing. Čiča had a 2-way radio and was able to just about hear Milos through the static. He was stuck at the toll gate and his bike would not start.

The only way to get back was to carry on and turn around at the next junction, fortunately not far ahead. Marko, being the mechanic, volunteered to return and help Milos. They managed to jump start the bike and limped to the rest stop where we were waiting. The problem seemed to be battery related, there was a small town up ahead (with a beach) so we headed for that.

The town was Platamonas, and we arrived just before siesta time. Luckily, a local scooter dealer had a new battery in stock that would fit. But it needed charging, and he was just about to close from 2:00pm until 5:00pm. Nothing for it, new battery was put on charge and we headed for the beach.

It must have been about 6:00pm when we left Platamonas, it had been a nice enough afternoon on the pebble beach swimming with the sea urchins but we needed to move on. We still didn’t have anywhere to stay that night, I did look at a local campsite but to be honest I think I’ve seen more attractive refuse dumps to spend the night. So we carried on south.

It was starting to get dark now, we stopped in a small village called Falani for a drink and to work out what to do. We had looked at a couple of wild camping spots, but no one could agree. That and the warning about snakes put us off that idea a bit.

By now it was really dark so we asked at a fuel station about cheap hotels and were directed to three in close proximity just around the corner. I was happy to book a room and together with Marko we checked in to the hotel. Čiča and Milos not so much, they wanted to continue to Volos (another hour or more) and maybe find somewhere along the way. So they left and we went for a beer, after a shower of course. :-)