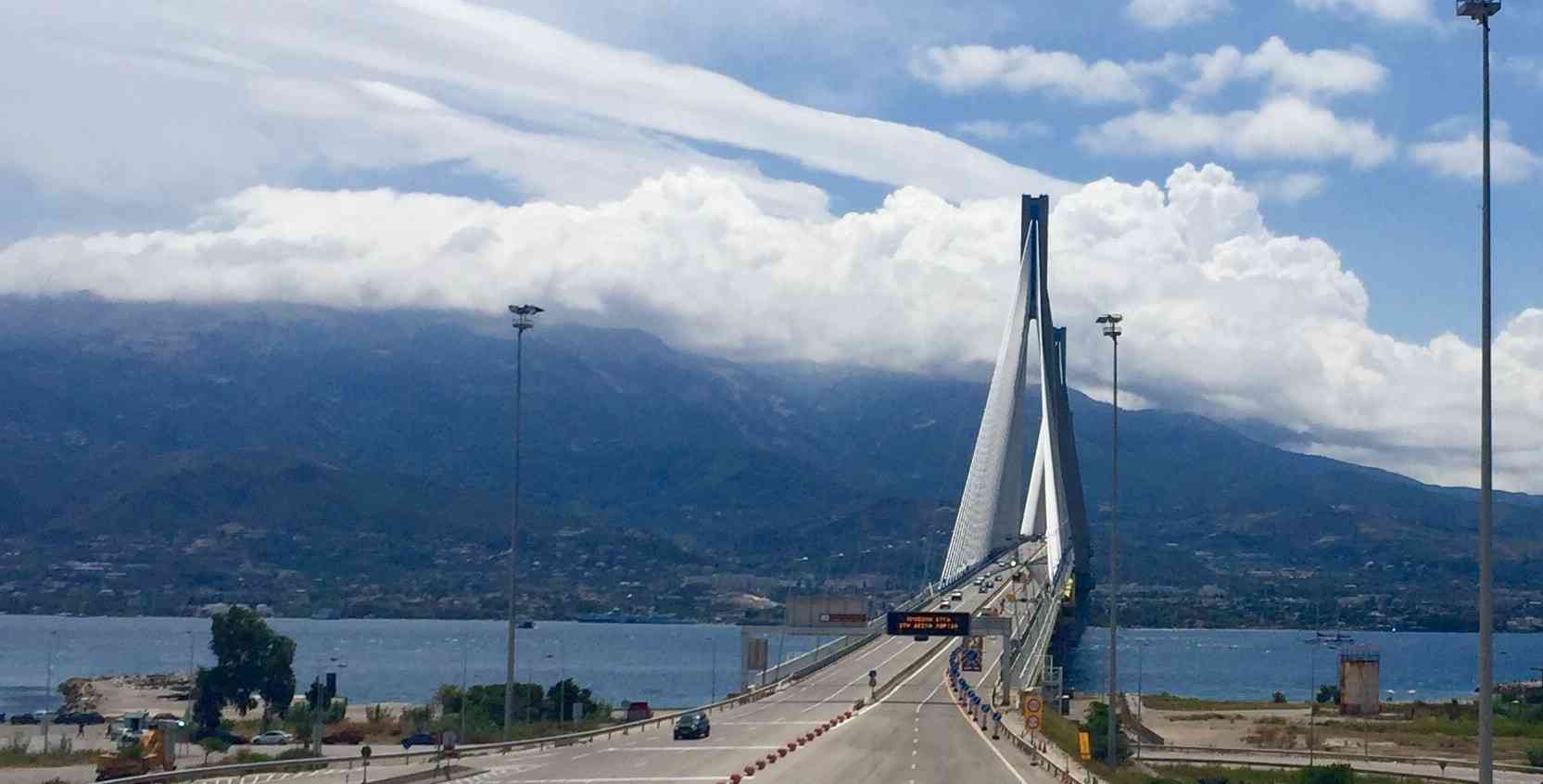 So we were all back together again at the campsite just outside of Phocis, and after a quick swim and beer we headed the couple of kilometres into town for a pizza. My first pizza in what seemed like ages, and it tasted really good.

There was a difference of opinion in the plan for the following day. We had been on the roads several days since Belgrade, it had been very hot and we had been sleeping rough and Marko and I considered staying an extra day in Phocis. Čiča and Milos wanted to carry on. So by the time I woke up the next morning they had already gone. Ironically, the sky was overcast and the temperature a lot more bearable. It looked like a great riding day, so we decided we didn’t want a rest day after all and quickly packed up the tents.

After folllowing another one of Garmins amazing curvy road detours over the mountains (all on asphalt this time) we caught up the other two at Antirrio. Just in time to cross the Rio-Antirrio bridge onto the Peloponnese peninsula.

We stopped on the opposite side of a bridge for a drink and bite to eat then continued heading south west. We were getting near the coast and decided to look for a beach. Without knowing where we were going we headed in the general direction of the sea. After following lots of narrow roads we eventually came to a great beach at Pyrgos next to a cafe. Bikes parked on the sand we ventured into the sea for a swim amongst the quite large waves on this little beach. 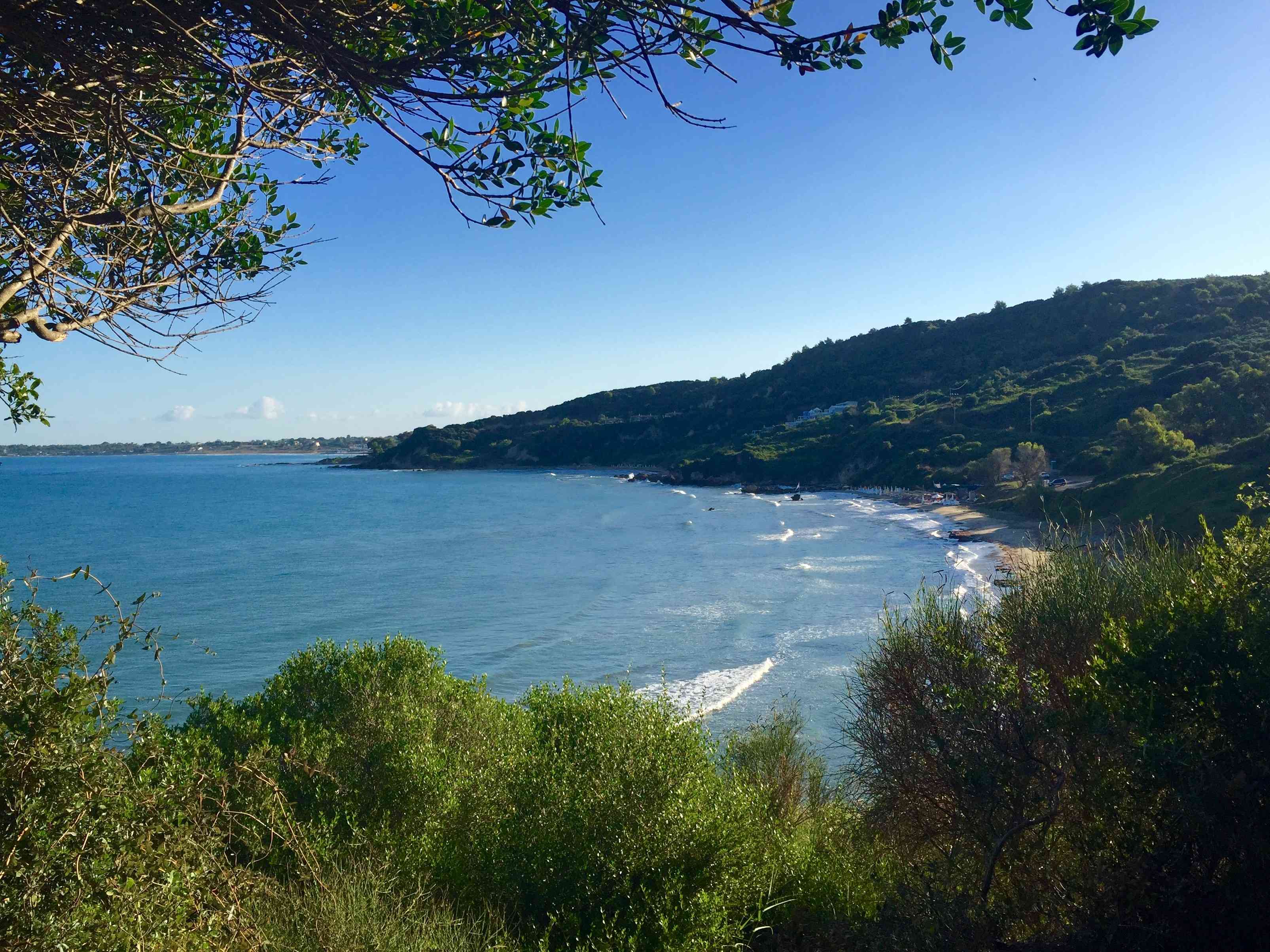 Later that day we headed for a restaurant we had passed earlier to try the local fish. We decided not to sleep on the beach we had just been swimming but to go to a place nearby that Marko and Milos had found earlier in the day. It was some sort of chapel and seemed quiet and out of the way. It was dark by the time we left the restaurant and of course there was no street lighting so finding the chapel was a challenge. We did find it eventually and I also managed to find what was quite possibly the only bit of mud in the whole of Greece. It was dark and I was going too slow, my excuse anyway, and I managed to drop my bike on this lonely patch of mud and take a nosedive into the dirt. Impressively though I lifted up my 1/4 tonne of bike plus luggage and was able to get going again.