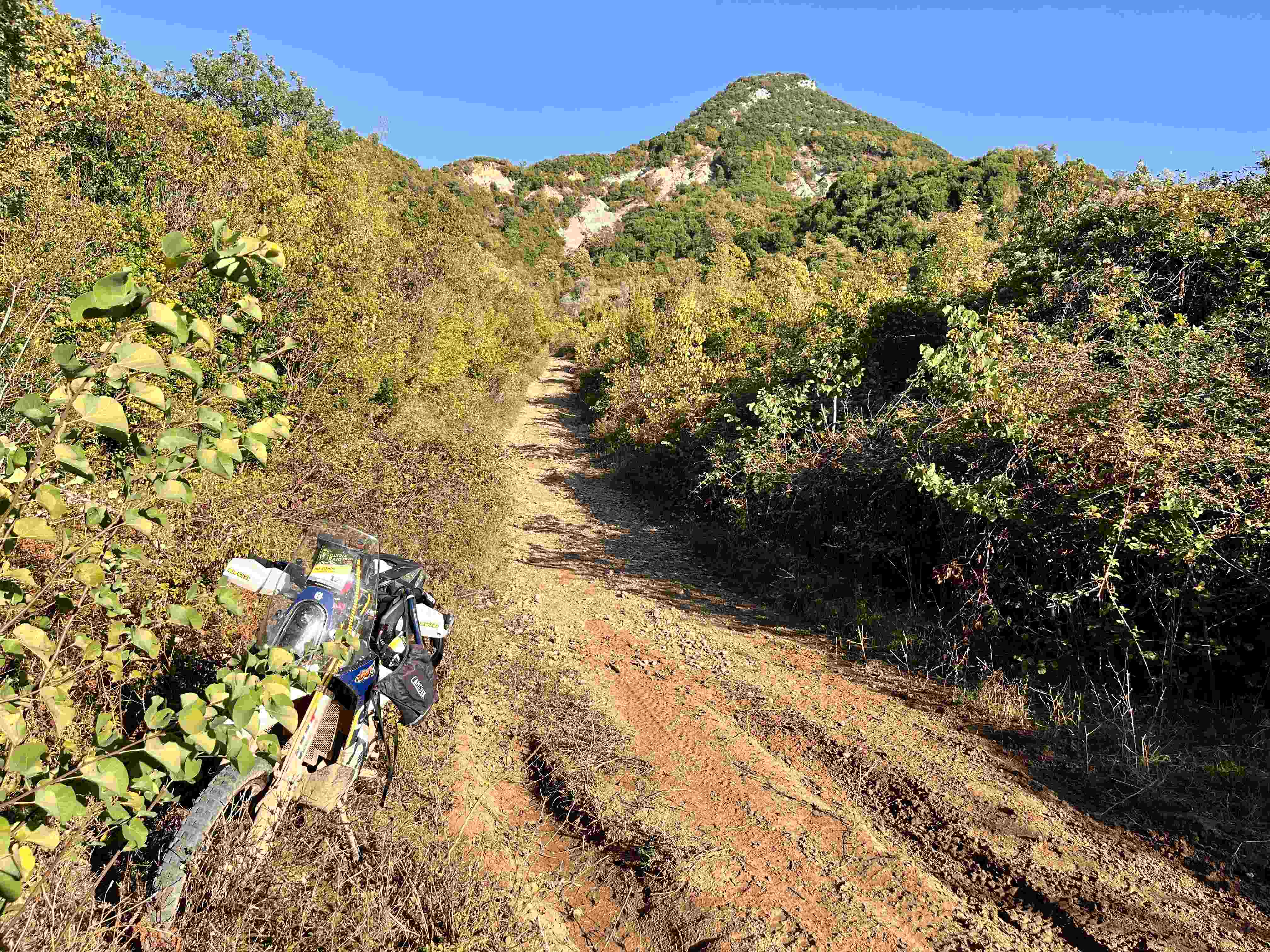 Today was a good day. After really feeling it on the first day I took a relatively easy second day and recovered enough to feel much better on day 3. Yesterday we left Greece and entered Albania and headed for Pogradec. The trail was a lot less technical but still challenging. I did manage to lose the trail at one point, as the roadbook was not very clear on one particular section. Not having a GPS and not being able to find the trail again the only thing to do was to head for an early lunch.

Today’s start was a twisty, steep climb up the mountain. There were a few large rocks lying about but nothing to technical. Then the trails became fast gravel tracks that snaked through some amazing scenery and views. 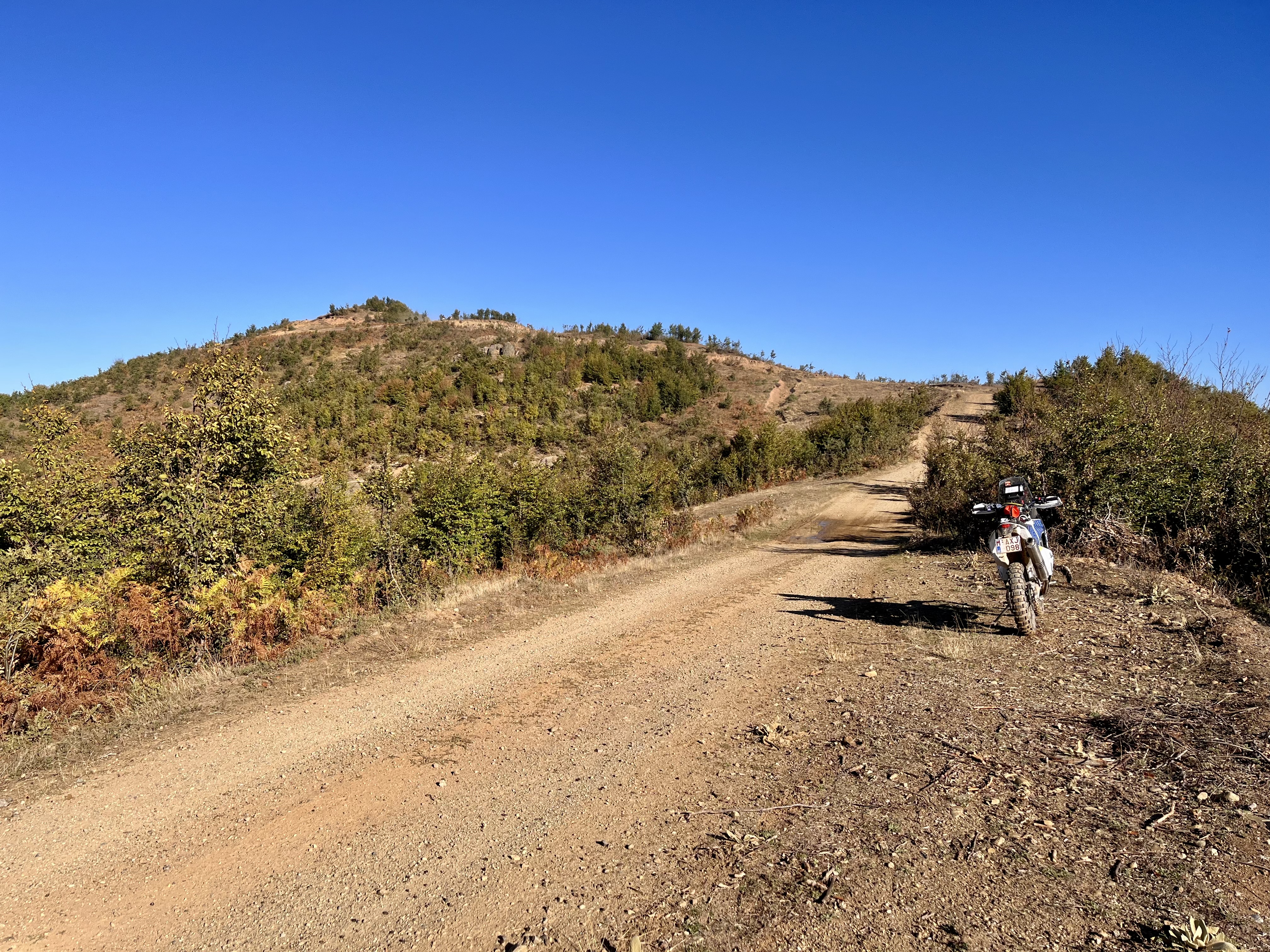 We passed through several small villages, with the obligatory barking, chasing dog and the overloaded donkey and cart. There was a lot of building work in the area, which meant there were also occasionally big trucks and excavators using the trails. They have a tendency to leave big ruts which fill with water and make for some very wet muddy sections. 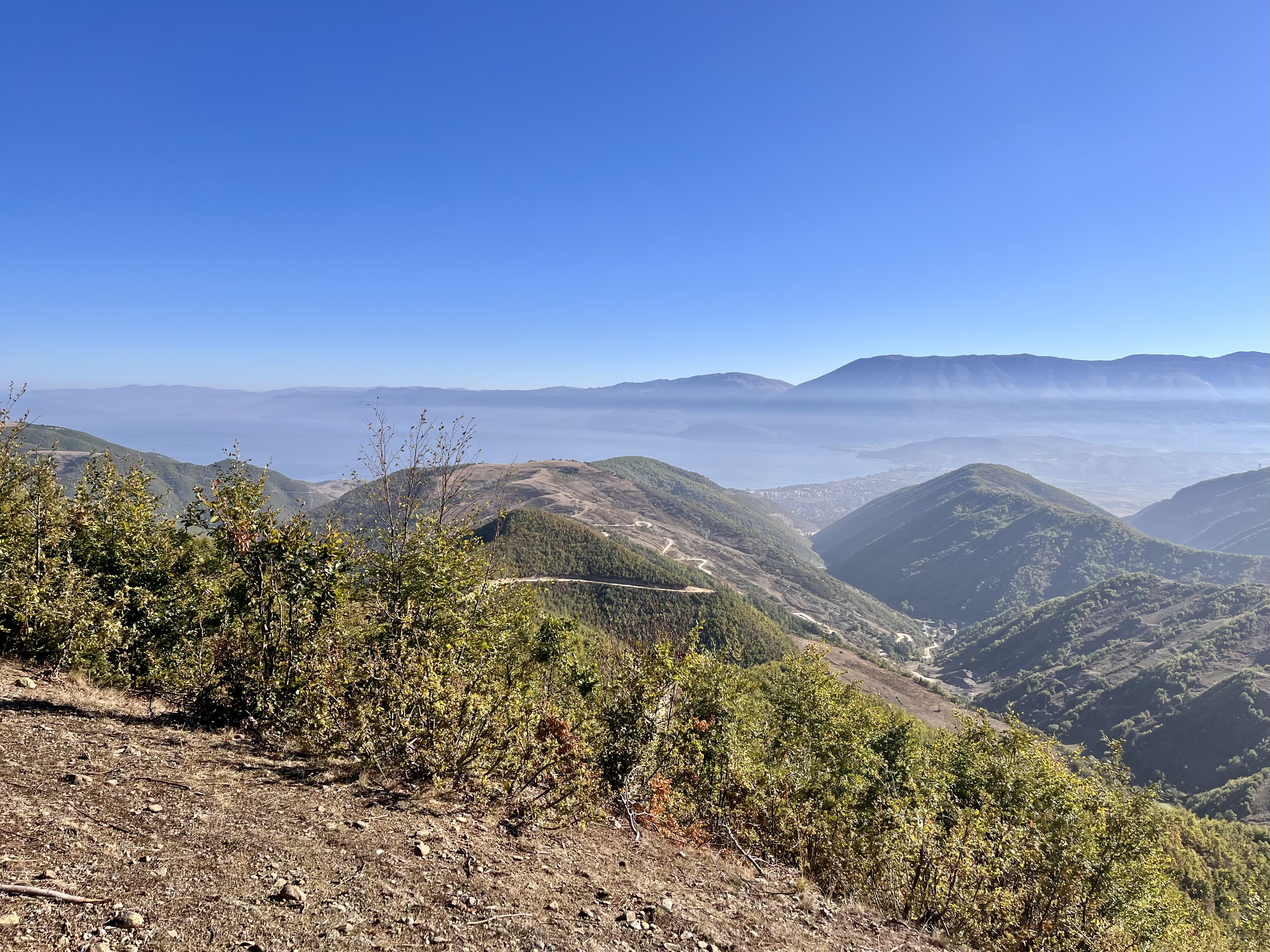 After stopping for lunch I took the main road to rejoin the trail about 30km from the hotel. It was supposed to be the ’easy’ route, but it was anything but There were very steep, rocky accents followed by just as steep and just as rocky decents. I stopped to help a fellow rider who had not made a sharp left turn and git his front wheel stuck up a bank in a rut. He couldn’t go forwards or backwards. With the help of his friend we pulled the bike out and he was back on his way.

I returned to my bike and tried to start it, but it was dead. Ignition lights were OK and everything seemed in order but the start button just did nothing. After attempting to bump start down an incline and realising the engine was turning but just not firing there was nothing left to do but wait for assistance to arrive.

My first though was the sidestand cut out switch. This is vulnerable to being hit by a rock. However, I had had a similiar priblem before which had magically resolved it’s self then. So I started to have the suspicion that my bike was overheating and had shutdown to prevent engine damage. After waiting for what must have been 30-40 minutes, and watching several other bikes and SSVs go past (F!#k, do those SSVs shift), I tried my bike again and it started. All was well again. I cancelled the assistance call continued on, reaching the hotel in Tirane in good time.