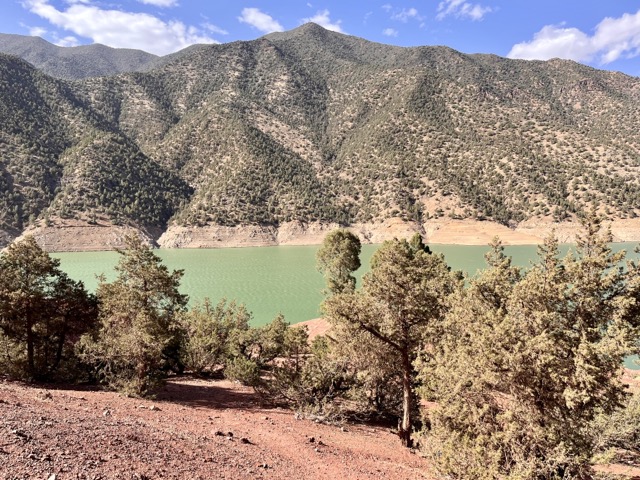 After flying in from a very cool Amsterdam, first impression when getting off the plane in Marrakech is… phew, it’s hot 😎. The gauge reads 27°, and is untypically warm for the time of year.

This is the start of Moroccan Adventure (part I). A guided fly and ride tour around Morocco.

Marrakech is the fourth largest city in Morocco and sits west of the Atlas mountains. Alongside the mosques, palaces and gardens are the familiar KFC, Burger King and Costa Coffee.

During peak times the traffic is as chaotic as any Indian city, but with far fewer vehicles and pedestrians. There are as many scooters as cars on the road, as well as the odd horse drawn carriage. People are really friendly and I was helpfully guided several times in the correct direction before finding my hotel.

Tomorrow we will be picking up the bikes mid morning and heading out of the city.